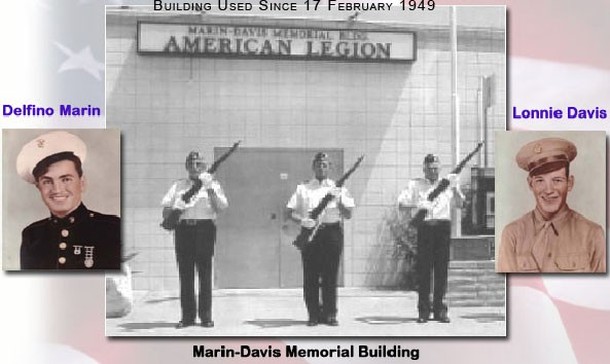 Since 1947 Auxiliary Unit 716 has been an example of unselfish giving. We are a volunteer organization comprised of women of all ages from all walks of life, working together in many different areas of our community, including programs for families, children and senior citizens, promotion of American pride and patriotism, and education of our youth.

The establishment of an Auxiliary, organized in 1919 to assist The American Legion, is much more than the name implies. The organization has achieved its own unique identity while working side-by-side with the veterans who belong to The American Legion. Like the Legion, the Auxiliary's interests have broadened to encompass the entire community.

Auxiliary Unit 716 PROUDLY support the men, women and families of those who have served and are currently serving our country, who give of themselves every day to protect us.

We warmly welcome you to come join us in our service to Veteran's, their families, and the community.
“For God and Country, we associate ourselves together for the following purposes: To uphold and defend the Constitution of the United States of America…”
The first of the 10 principles of the American Legion Auxiliary is a sacred pledge of allegiance to the Constitution of the United States.  It is most appropriate that the first ideas presented in the Preamble be dedicated to the continued defense of our nation by those very persons who have either served in wartime or had a close relative who served.  The pledge to uphold and defend America is the first obligation of every legionnaire and Auxiliary member.
“To maintain law and order…”
Law and order must be maintained if freedom is to be maintained.  Liberty is to license.  Good government means that all citizens are secure in their lives and property.  To this, the Legion and the Auxiliary are pledged by the second principle stated in the Preamble.
“To foster and perpetuate a one hundred percent Americanism…”
The term “Americanism” covers all of the things that have made the American nation great and the American people free.  It implies qualities of character as well as principles of government.  Under this Constitution’s principles, the lLegion and Auxiliary have worked, and continuing to work, to defeat the attempts of subversive organizations to undermine our systellllm.  We attempt to build loyalty to and confidence in American ideals, and to develop and American citizenship capable of making America’s free form of government a constantly greater success.
“To preserve the memories and incidents of our associations during All Wars…”
Every member of the Auxiliary has close personal association with the sacrifice of war, be it World Wars I and II, Korea, Vietnam, Grenada/Lebanon, Panama, Persian Gulf, Operation Desert Shield/Storm of the Gulf War/War on Terrorism.  The associations and incidents of these struggles are to be remembered not only for their heroes, their victories for freedom, but also to remind us of the awful implications and inevitable tragedies accompanying war.
“To inculcate a sense of individual obligation to the community, state, and nation…”
The individual is the basis of the American nation.  Unlike other ideas of government, the American ideal places the individual first.  The nation belongs to the individual, not the individual to the nation.  The government exists for the purpose of serving the individual, not the individual for the purpose of serving the nation.  If this ideal is to survive, there must be a voluntary sense of obligation of the individual to the nation and its component parts, the community and state.  The American citizen serves his community, state, and nation, not as a driven slave, but as a free man guided by his own sense of duty.  To inculcate this feeling among all Americans is one of the great purposes of the Legion and Auxiliary.
“To combat the autocracy of both the classes and the masses…”
If America is to remain “the land of the free,” the government must always be a government of all the people and for the people.  No classes are recognized in America.  No masses of downtrodden people exist.  Neither must be permitted to develop, but America must be kept the country of opportunity for all, where every citizen’s first allegiance is to the nation, not to some social or economic class or mass.  Dominance must not be gained by any such grouping in Americans.  This is another basic pledge of the Legion and Auxiliary.
“To make right the master of might…”
The American form of government guarantees equal rights to all citizens.  The American Legion Auxiliary, born from a struggle against ruthless might, pledges their strength to a continued struggle to prevent invasion of the rights of any citizen by an force, no matter of what character.
“To promote peace and goodwill on earth…”
The men and women of the Legion and women of the Auxiliary know well the ghastly futility of war.  We know that war brings only misery to any nation, which engages in it, to the victor as well as the vanquished.  With the lessons of war constantly in mind, we pledge ourselves to promote peace and goodwill among nations.  We have worked steadily in the cause in the face of forces, which have sought to sow enmity and war throughout.
“To safeguard and transmit to posterity the principles of justice, freedom, and democracy…”
These were the principles that inspired America’s Great War efforts over the decades, and the Legion and Auxiliary stand determined that these principles should not be lost to America in time of peace.  Following this pledge, the Legion and Auxiliary work to safeguard justice, freedom and democracy against the dangers of indifferent citizenship and undermining by their enemies.  It strives to give understanding of and devotion to these principles to the younger generations of Americans so that they will endure for the future of the country.
“To participate in and contribute to the accomplishment of the aims and purposes of the American Legion…”
Thus, the Auxiliary pledges its full strength to the support of The American Legion, and affirm its character as an auxiliary to the Legion.  It has always been faithful to this pledge, never developing programs or policies of its own, but directing all of its activities towards the “accomplishments of the aims and purposes of The American Legion.”
“To consecrate and sanctify our association by devotion to mutual helpfulness.”
In this final phrase of the Preamble is set forth the purpose which has guided the Legion and Auxiliary in all of their vast rehabilitation and youth work; in everything they have done to lighten the burden for those suffering from the results of wars; and to bring full justice to those paying the human price for America’s victory.  In this work of mercy and relief, the Auxiliary has made great contributions toward the achievement of the Legion purpose.​